Branchill Mines
The mines are not new. They were prosperous generations ago, until the Dark Dwarves who occupy the mountains slaughtered the miners. The mines have been reopened because the massacre has been forgotten. Sign that the Dwarves are going to strike are already apparent - Humans are disappearing from the mines!
(The last statement is true, but it is the Aboleth who is the real cause of this).

Southern Continent
The race from the southern continent is actually related to the illithid species.

Dock troubles
The troubles down at the docks are the result of public disorder and lawlessness (the were-rats, the actual cause are dismissed as fantastic).

Thieves Guild Conspiracy
The guards and the thieves' guild are fabricating tall tales to protect their operations in a veil of misinformation.

Golthaca
The Chimera of Bigany does a Fly by
Bugbear Ambush

The Ruined Village of Per'Wab
Rebel Locathah lead the Party to the Village base
A Kuo-Toa War party attacks the base accompanied by Edgar DePeche.
Wereseal Priest of Charon repel the invaders aided by the rebel Army.
The Army of Prince Mur'Ab sets out to lay siege to Etreyar.

The Battle of Etreyar
Feldborn is allowed to 'sneak' into the Mithril Mines of Etreyar whee he meets Azaz.
The Rebel Army is Crushed by Ko-Shaar. The rebel leaders are captured. Damondred escapes.
Azaz leads 'The Pickaxe Revolt' by lying to the prisoners. Many Kuo are slaughtered.
Feldborn stabs an aboleth. Damondred flees into other dimensions.
Ko-Shaar leaves the slaves to drown and Azaz kills a Drow Warrior in single combat.

Escape from the Mines.
A Black Guard Sgt. Chris, tells the PCs to wait for Damondreds return.
Damondred arrives with mysterious 'Green Oil' potions.
Azaz & Chris hack their way out of the mines, in a haze of Kuo-Toa blood.
The party flee toward the surface through the Caves. Skillfully avoiding pursuit.
Feldborn 'finds' some Mithril 'lying about'

Return to Bigany.
The party return to Branch Hill. Chris returns with a report for the King.

Damondred was the student of a Shale priest named Akos Kinnett. He was one of the few priests allowed to study both divine magic and psionics, which are considered to be the purview of The King of Bigany and his loyal coteries. Damondred was one of the orginal members of The Company Of Wolves and one of the few to have survived a lone encounter with The Entity.

A highly skilled wizard who dwells in her woodland castle guarded by a small army of warriors, all of who vie for her favour. She is thought to be semi retired amidst her books and warriors.

A druid of some might. He is known to wander the hills on stormy nights calling upon the forces of the storm.

A mysterious and elusive mind bender and traveller of time and space.

A carefree rogue of exceptional skill.

A flamboyant member of the Seekers. 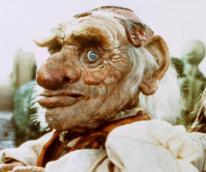 A better craftsman than mage Feldborn had a love for illusion. He has more than one reason to be thankful of the priests’ ability to raise dead. He paid for one of these by crafting a wondrous staff of Mithral, Ebony and gems which he presented to the High priest of Shale.

Azaz the twice dead. Lost, thought dead Azaz turned up a short time later in the uniform of the Black Guard. He had completely changed his outlook on life from that of a cut throat to that of one who cuts people’s heads off. He died later on campaign. No body was found and he was not expected to be twice lucky. But he returned to serve the King for many years.

A beautiful Knight of Bigany.