The Duchy of Stormhaven 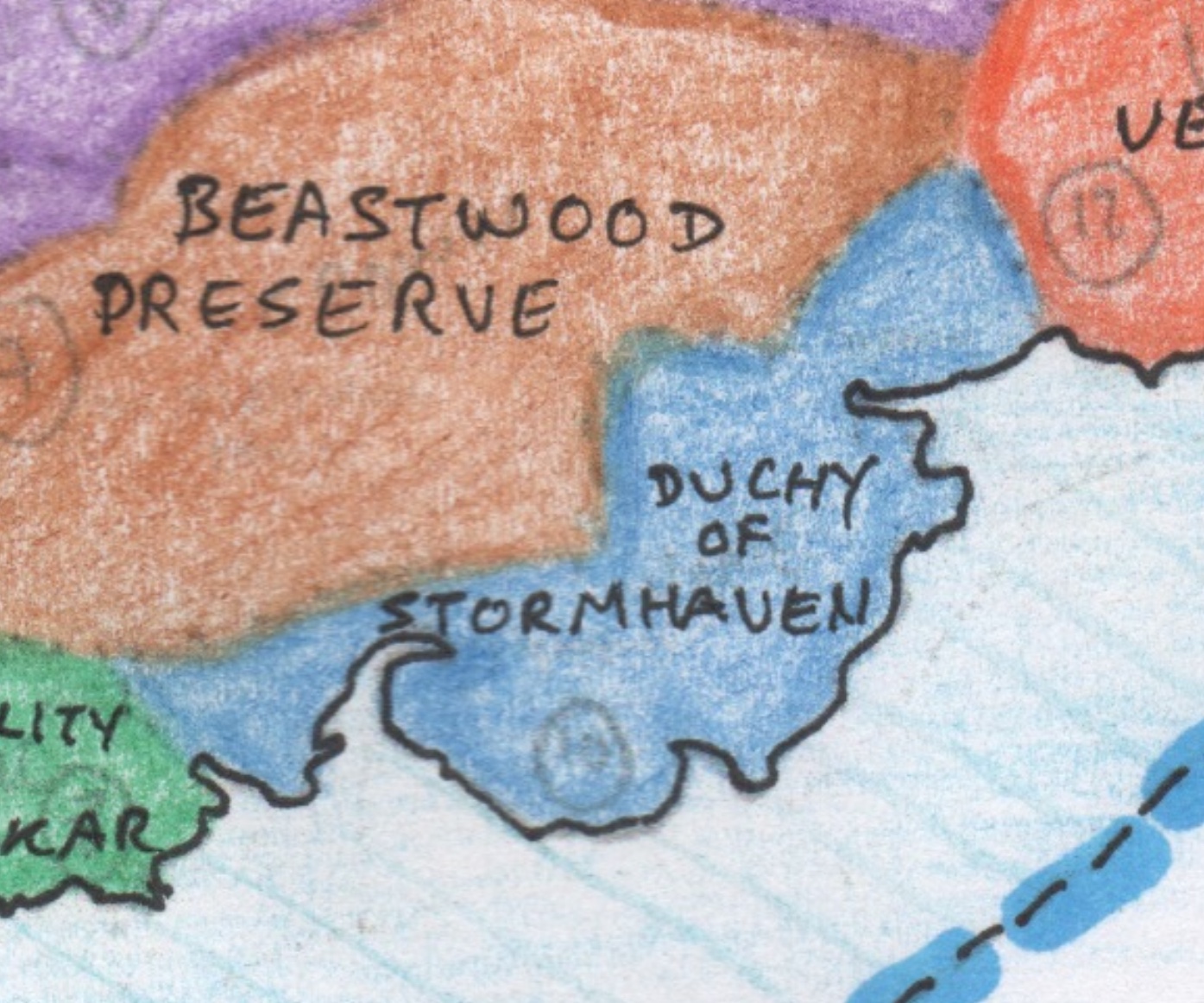 Storm haven is a Mome Duchy in the Kingdom of Bigany.
It is famous for great trading houses, privateers and legendary revelry.
Despite being the original seat of Mome power many lesser houses thrive here.
The Houses of Maersk, Hunt, Swift and Norfolk are the most romanticised and dangerous.

Trade
This duchy used to be the wealthiest and most powerful Mome such in the Kingdom due to the trade through the ports of Bywater and Stormhaven.
The shipyards of Bywater produce a large number of advanced ships benefiting from the concentration of expertise in the city and the proximity of the wood supply in the Beastwoods.
They also produce a wide variety of high quality carpentry and wood sculptures.

Church
The city of Stormhaven hosts the largest Uisce temple outside of the capital.
Many regard it as the true home of the Uisce faith.
This temple lies on the sea floor in Stormhaven Firth, the narrow inlet leading to the city.