Chapter 16 - Everything is Revealed (Kismet) 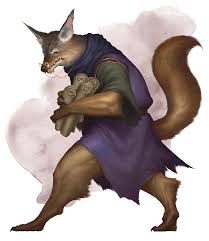 Extract from “The Diary of The Powerful Sorceror: Kismet Wilden”:

The bodies reanimate and 5 mutated creatures and attack us. Scorpion attacks with telson and momentarily feels strange connection with the creature. Gwen loosens her arrows and slays one. Kismet produces Melf’s Minute Meteors and fires them almost killing one.

Scorpion blows one of the creatures heads off with his pistol. Kismet unleashes two more meteors and destroys another. One left only. Lady Maris lays into the last one and destroys it with her hammer!

Two ships are with us, The Intrepid and The Quiet. The two ships are ordered to stay out of sight. The party enters the castle… As soon as they arrive at the entrance an alarm is sounded. They hear the sound of chains being released and heavy footsteps, as if a very large creature had just been released.

The druid turns into a Couatl. Scorpion turns invisible. A large creature appears - a Nycaloth. Scorpion attacks first with invisible sneak attack with pistols. The druid attacks and gets critical, the creature is knocked prone and begins to fall. Gwen uses an arrow of slaying and immediately dispatches the demon! He falls straight down. Gwen and Kismet leap out of the way as he crashes straight down. Torc worth 700gp. Fiendish axe.

Scene 3: The Fallen Base

They arrive into a corridor with a large door at the end, they search for traps, no traps are found! The door is locked. Scorpion attempts to open the lock with his thieves tools and is successful. They arrive into a large chamber. There are tapestries, paintings, candelabras etc. it is a fine living space. Scorpion checks behind the tapestry and finds a chamber behind. He finds a lock. It is a Yugoloth lock. Scorpion looks through the glass of a cabinet and sees glass containers inside.

The druid finds a chest made from expensive woods from different planes and bound in brass, he checks for traps. Studded with onyx and emerald, it has runes in and has an aura of decay. There is a large padlock, an inlaid lock and a Ugaloth lock. He has opened two of the locks by picking them… the Yugoloth lock is still locked. The emeralds change colour and go to Topaz. The druid casts guidance and he opens the lock.

Opening the chest causes the four armed gargoyle to be summoned. Scorpion attempts to deceive the gargoyle into believing that he owns the chest now. Gwen attacks with her magic arrows. Armand attacks and misses. Scorpion turns invisible and moved into sneak attack with his ‘magical bill hook’, which is somehow magic! Maris attacks with hammer. The creature attempts to bite Scorpion, hits but he is still standing. Kismet casts shatter to further damage the gargoyle. Armand flies up and bites the creature as a Couatl

Scorpion with sneak attack again. Maris jumps on to the table and attacks the gargoyles legs with her hammer and kills the gargolye.

Scene 5: The Secrets Are Revealed

Inside the chest: series of scroll cases. Kismet opens the case rather than checking for traps, the case fills with acid and destroys the scroll inside. Gwen does the same and it rots with necrotic damage. Bone scroll, brass and kellum details. Scorpion is able to open the lock and reveal the contents.

• Letter 1: The scroll is signed by Sandobar Corleone and written to Warlord Braxus, captain of The Slaughter. The letter is instructing him to attach a particular ship (not ours). It is dated after the attack on us, before he knew we killed Braxus.

• Letter 2: Sandobar to Servants of the Hyulacc to say attack the Telson and attack the Clemency.

• Letter 4: Sandobar to Starhall (Illithid Intleacht library orbiting the micro star Oppenheim): Requesting access to the library - usual fees will be provided for extension of The Operation.

• Letter 5: A report from two informants: Warped Needle was attacked by Nekhmet the Eternal in a jade ship called the Nefriko Mati - this is why on several occasions they have failed to apprehend The Telson. When Kismet hears the names they resonate with him.

• Letter 6: The operation on Magcess was a great victory for Feo and the greatest success of Eckhmalekh Vulpior MMXX Scorpion thinks it sounds like an extraplanar, ancient and wolf like name.

• Letter 7: From Vulpior saying that any evidence of the key being on Magcess must be destroyed.

All of these documents we meant to be destroyed and memories erased to protected the secret of the key being on Magcess. Navigator tells us that Magcess is a planet near The Prison, it is covered in acidic rotten decayed material. This is where the key is located now.

They proceed up spiral staircase to a library upstairs. The party investigate. They find a book about powering a spelljammer with ship level spells. They take the book. There are cells downstairs. One of them has someone inside, a human is still alive and starts crying he is manic. He screams ‘tentacles’ and then ‘eyes’. He is insane. After being charmed, he says: ’stay away from it: Hyulacc’. He is sleeped. Maris put the knocked out man into a sack and carries him out.

They go back outside to the front of the castle. The Warped Needle is flying in just then, the party hides. It has some kind of shielding around it, Maris realises that they are probably using the book on channeling spell power though spelljamming ships. It approaches and docks. Two creatures leave the ship, one is a wolf like creature (Eckmalekh) carrying scales and behind him is Sandobar Corleone.