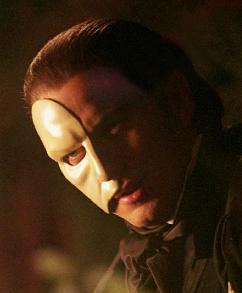 Lord of the Elves of the north. 'Born for greatness destined for tragedy'. That is how the bards speak of Turambaraian. Only son of the ruling family of the Torlandish elves there was no doubt that he was an exceptional elf. From an early age he made a name for himself as a hero and made many previously dangerous areas of the kingdom safe.
As an adolescent in elven terms he led a battalion against a barbarian and Orcish invasion, routing his enemy so thoroughly that the song is still sung amongst their people.
As adulthood approached he grew restless and set to wander the world, discovering many secrets on his way. It is said that he journeyed to another place, the realm of the gods perhaps, and it was there that he met his bride to be. Apparently there are many rumours that surround her (see below).
Shortly after his return he was elevated to the rulership of the Northern elves. For several decades afterwards they ruled together in peace, developing and expanding the dream veil around their realm; effectively removing it from the surrounding world. It was said at times that a traveller could traverse the region without encountering either elf or sign of Elven habitation.
That all changed with the arrival of the Dragon. Having lost fully a quarter of their population in war the elves surrendered suing for truce. It was a battered and bruised people who left that northern land and dispersed throughout the empire, their dreams of Elven nationhood destroyed.
Turambaraian fell into deep melancholy, refusing healing for the acid burns that marred his body. Half his face shielded from sight by a mask the other half still shows a paradigm of Elven perfection. He rarely moves now staring into the middle distance enthroned in the bleak halls of granite where he now resides. 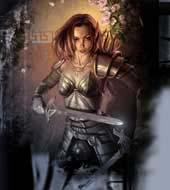 Consort to Turambaraian, Alasia it was that brought Nagaranthiallath its greatest peace and she is loved by the elves for that. If the Elves of Elledrin refuse to recognise her right to steward the Torlandish elves on her husbands' behalf she cares not. She is now the only person who can breach the despair that has her husband and his people captive.
The reason for the objection of the Elledrin elves is twofold. First, she is not of elven birth, instead she hails from some other race. Whether the Elders of Elledrin know which one is not known. Second she thwarted the plans of the Ancient one of Elledrin. In marrying Turambaraian she unknowingly contravened an initial overture, which had been made to Turambaraian's family by the Ancient one. Bound in formality the Elledrin elves refused, and still refuse, to acknowledge her as anything other than a concubine. This was an insult to the entire elven community of Torland.
The lack of Military support from Elledrin during the fall of Nagaranthiallath was also an issue.
Despite this, despite the fact that she herself claims only the title of consort, she is treated with a deep reverence by the remnant of the Northern Elves. It is also unusual to note that the Church of the moons has accorded her a higher status than would normally be the case for her stated rank.