Drawing power from the Imperial Eagle emblazoned on his mithral breastplate, General Cassius Carpentieri floated quietly through the gloom of a quiet camp. The orange flames of the few regularly spaced torches licked happily into the dark sky. Cassius cloak fluttered lazily behind him as he silently prowled the camp.

As he moved he casually flicked a coin at the tents that housed his men. If they remembered their training then at least one soldier per tent would be awake, on guard, armed and armored, ready for trouble. The camp's patrols and sentries were reliable, but you could never be too careful. In a world where magic and stealth were common tools of warfare, you needed to leave nothing to chance.

As he passed he heard movement behind him. His hunter's senses were keen. When he heard a body drop on a battlefield, he could always tell what armor and weapons they had been carrying, and more often than not, what race they were and how much they weighed. He could be certain without even a glance which tents the legionaries had emerged from, and which tents would be on punishment duty the next day.

He noticed that on occasion some of his soldiers had rolled out of their tents poised in a fighting crouch and scanning the camp for danger. This was good. They would be commended. More impressive were the few individuals who were rising from their fighting crouch into a crisp salute as he passed. Oh yes, he thought. The Iron Legion has great things in store for you.

The Dragon of the North has been defeated by the Iron Legion.

The bards will sing of the exploits of Cassius, Nevo, Shagrock, and Vantarius for many an age.
If they don’t I have nails with their name on them. (Literally. Don’t test me.)

The Dragon now sees the reality of his position. The war is ended.
If anyone need to requisition new equipment, now is the time.
The Dragon will give each of us an item from his hoard to seal this new alliance.

If this arrangement is disagreeable to anyone, let me know and I will speak to our Lady.
Otherwise we shall proceed with her plans.

As part of the alliance, he will be made Praetor of the new Torlandish Province, “The Northgate Protectorate”.
One legion from The Iron Pass will be made available to him in order ro Impose ‘Pax Torlanda’ in the Region.
The troops will protect the citizens of the region and help promote trade. They will also collect taxes.
The taxes will be split between the new leader of the protectorate and the Iron Pass on behalf of the Empire.

This will free us to take both of the Iron Legions south, for Lady Praena’s triumph in Torland.
Her Royal Highness Lady Praena, now posses all the artifacts she needs to make a claim on the Imperial throne.
These are:
The Orb, The Sceptre and The Crown of The Empire – lost since Emperor Tacticus’ time.
The Diadem of The Empire – Recovered by the Iron Legions Special Forces.
The Armor of The Sea – Forged in the Era of Tain Mac Lir, lost since the foundation of the Empire.
She will also be wearing a dire polar bear cloak and be dripping with magic items.

The triumph will proclaim Lady Praena’s abilties as a general and leader.
She will be accompanied by her new ally the Dragon of The North.
The will be flanked by the Iron Legions Generals and Special Forces.
These will be followed by the Legions Standards
In her retinue will be a Giant Cavalry and 10 thousand men of the Iron Legion.
Captured beasts (Grey Renders, Trolls, Dragons, etc will be displayed).
Representatives of the humanoid tribes will be marching as either allies of prisoners (their choice).

This will severly antagonise several factions.
There will be trouble.
That’s where we come in.
Be ready.

Shagrock
Neart Axe Augment
Powerhouse Attack 3/day:
Each use lasts 1 round. When raging AND power attacking with the Axe.
Shagrock uses his strength to knockdown each opponent (as per trip) he hits.
On each hit opponent must make a STR or DEX check DC 10+Power Attack Damage.
Shagrock may opt to push opponents back instead.
If the opponent fails they move back 5' plus 1' for every point the check fails by.

Cassius commands The Iron Legions with a fist and a will to match their name.
Great rewards are bestowed by those who serve well, but woe swiftly betides those who break Cassius' discipline.

Cassius and his faithful officers are extremely fond of their simple code:
"Drunkards will be flogged.
Thieves will be strangled,
Deserters WILL BE CRUCIFIED!"

Cassius sees the world as divided into two sorts of people, those who pay taxes and the army who collects and spends their taxes.
A Torlandish citizen is perfectly entitled not to be in the Army if they are producing tax revenue. But once you’re in…that’s it.

Cassius' will is imposed by his right hand woman, Nevo. A fearsome towering black tatooed barbarian, Nevo loves her work.

Birrus is Cassius' childhood friend and principle advisor. Though some say he was touched by the his God and the power of Tacticus' wisdom manifests occasionally as madness.

Lucius is Cassius' conduit to Tacticus' will and he is seldom far from his side.

Praefectus Castorum of The Iron Legion
The Iron Terror

Cassius' will is imposed by his right hand woman, Nevo. A fearsome towering black tatooed barbarian, Nevo loves her work.

Nevo achieved her life's goal at the young age of 21. She killed her half brother quintus who sold her into the army.

Nevo is reputed to have certain lustful proclivities. The rumour persists and no one cares to comment. 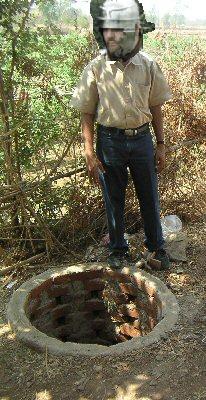 A complete and utter wastrel. Kalahan is a lazy, cowardly, dangerously inept, mutinous weasel. For many years he was the unwilling mascot of Cassius' band. He never spent a day where he wasn't un punishement duty, usually digging latrines while bleeding profusely from many wounds (Rumour has it that he developed immunity to disease during this time).

His companions were very annoyed when he was finally killed without permission by Lobus who was inflicted with Lycanthopy at the time. Subsequent to Lobus' crucifiction, Kalahan's body was retieved by his rich relatives who felt he had suffered enough and who had tired of their even more obnoxious choice of heir to his vast fortune.

Second son of Senator Tribecus Optimus Meridius, an Imperialist activist with a permenant seat on the senate. This heridary right streches back to the formation of the Nagaranthiel alliance with Torland, when titles and holdings were exchanged between Elven and Torlandish nobles. 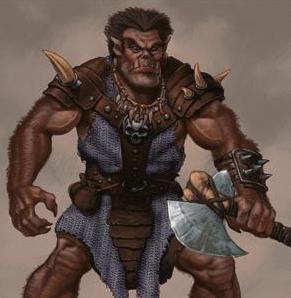 With a might roar Tribune Shagrock Thunder lets his will be known to friend and foe alike. His massive axe, blessed by Neart, is often seen cleaving it's way through a sea of enemy soldiers. It is a rare enemy indeed that can stand before Shagrock in full flight. Shagrock likes to disrupt enemy formations using the up close and personal approach. In the time it takes a normal legionaire to strike his opponent, Shagrock will usually have slain a dozen. His ferocity and efficiency with his axe are devastating to enemy troop morale.